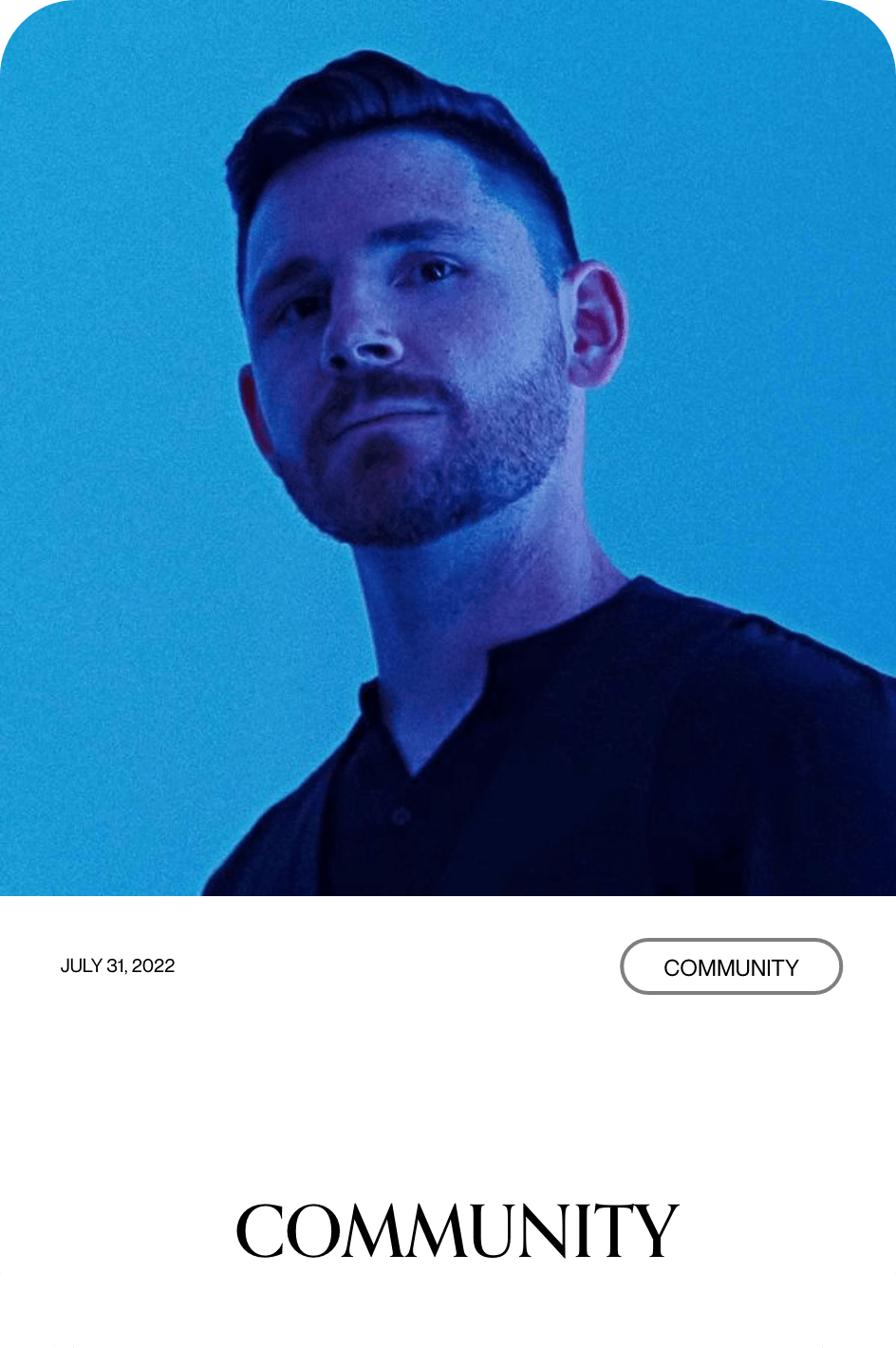 Meet Louie C Rhymes. One of the most active hip hop artists in web3.

Unapologetically running headfirst into Web3, Brooklyn rapper Louie C Rhymes has been boldly injecting his syllable-heavy lyrics and fiercely honest stories onto the blockchain for quite sometime.

As the creator of one of the first ever music NFT generative collections (Hip Hop Heads), owner of a Metaverse headquarters in Crypto Voxels, and writer of deeply thought-out, utility driven music (Lou Editions), Louie's web3 hustle is something to be studied and admired.

I was lucky enough to sit down and digest one of Rhymes recent releases, NFTRAPPER, and damn, I can say with confidence that Louie’s artistry matches his work ethic to a T. 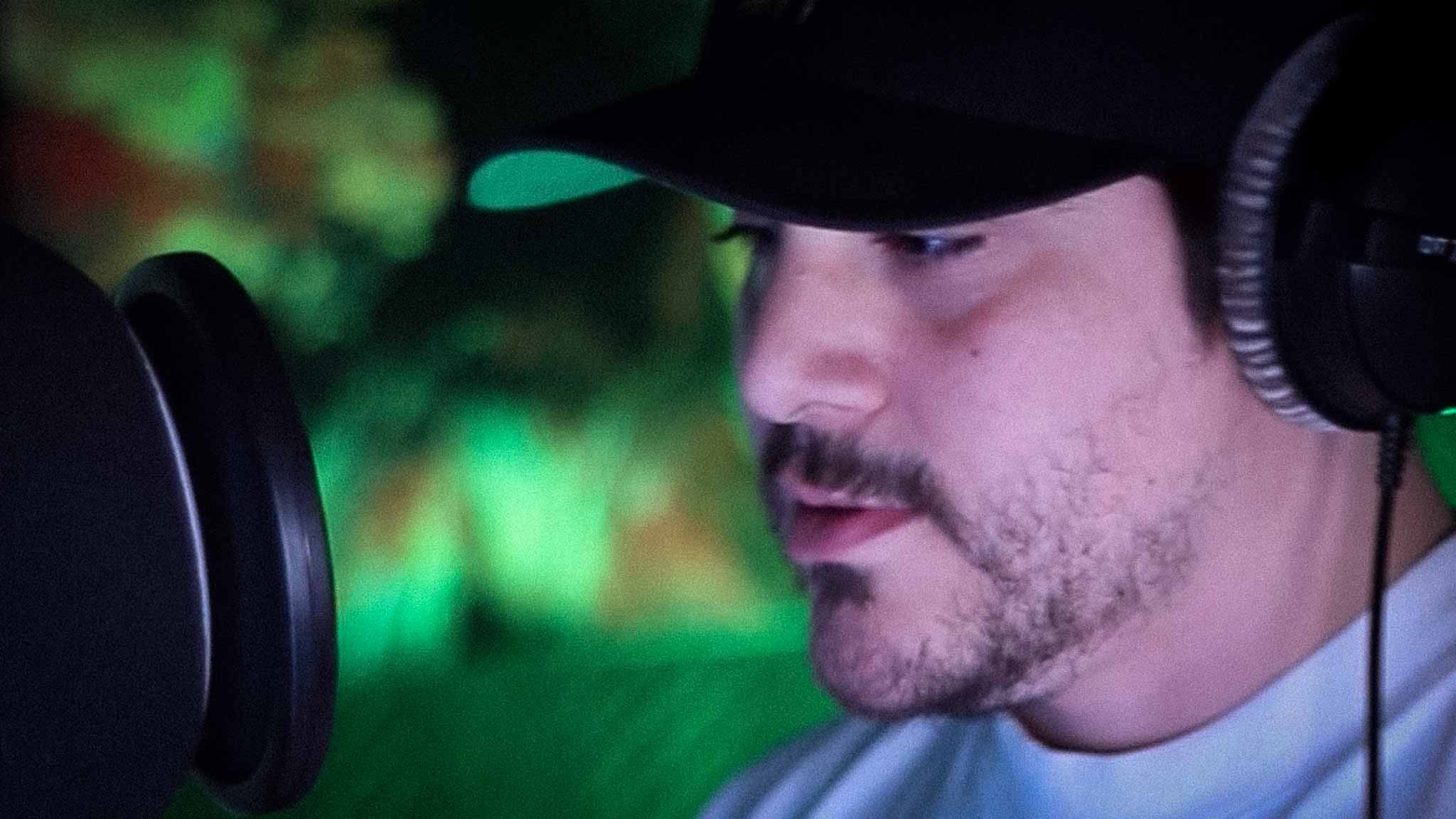 I couldn't help but listen to Louie's entire discography after hearing this track.

With seemingly never-ending rug-pulls, infamous thread storms and community drama, Louie’s brutally honest take on the pros and cons of his experience with NFTs is both hilariously accurate, painfully relatable and cathartic.

Louie's barrage of web3 references in NFTRAPPER are nothing short of impressive, especially for me, who admittedly spends far too much time in Twitter Spaces, though despite this, amidst all of the wondrous and exciting elements of web3 Louie touches on, the NFT space certainly isn’t perfect.

Any time a flute is involved in a rap song, you're pretty much guaranteed a vibe, and I’m happy to announce that NFTRAPPER by Louie C Rhymes is no exception. This song immediately invites a feeling of nostalgia as a collection of organic instruments, wrapped in the tasteful warmth of vinyl tape, lure you into what feels like a breezy afternoon outside.

If anything, Louie's polished flow and signature taglines indirectly pay homage to the classic hip hop artists of generations before. The old-school-inspired beats and carefully curated bass lines are direct evidence of this, and truly expand the nostalgic, cultured aesthetic Louie creates.

Everything I spit is raw like the uncompressed file / far from where I was, but stay in touch like a pen pal".

I won't lie, I’m a sucker for a good reference. So stacking multiple references in the first bar definitely caught my attention. Though it doesn't stop there, as you listen further the references continue. In fact, they increase. Each line providing potent insight into Louie’s experience as a Web3 artist.

“F*ck the braggadocio, you all about your sales, I’m more about the culture / That’s that Web2 shit, and we ain’t going back / Once again they making money, but you know their flow is wack”.

“Let me digress, talk about my life though / NFTs rescued me, they’re like my lifeboat / Used to stress with every post hoping it go viral / Life is full of ebbs and flows hoping it don’t spiral / Blowing like a pyro off some TNT shit / They saying I go crazy, just like a TMZ clip”.

A musician myself, I loved the juxtaposition of this valid Web2 observation, exploring Louie’s personal insight into how NFTs have not just been fun or useful, but they genuinely rescued him by directly influencing his art and bolstering his confidence as a prominent creator in the space.

As this song continued, I found myself smirking in agreement after hearing the lyrics in the chorus.

It’s genuinely impressive when an artist can inject positivity and motivation into a song without it sounding overly positive, motivational, superfluous and cringe. Great lyrical phrases require self-awareness, and Louie's glass-half-full realism hits the mark every time. Though perhaps my favorite line came in the latter part of the second verse when Louie actually made me laugh out loud with a highly insightful and accurate snub to some of the more, let's just say, tedious aspects to Twitter marketing.

“That’s the sentiment I get from Twitter Spaces / What a f*cking circle jerk for effortless creation / All these people blowing smoke in and out each other’s throats / real musicians play a show, y’all playing from a playlist”.

I could go on, though I’d just end up dictating every word in the song. Lyrically, Louie is an obvious talent, but it's his delivery and flow which make his statements so real and believable. That, paired with one of the most important factors of all, consistency and persistence.

In my view, these trait characteristics are what is putting Louie C Rhymes on the map as one of the most respected musical artists in the Web3 space right now and I don’t see this esteemed title being removed any time soon.