Even though decentralized communities often tempt a certain level of anonymity, some individuals still choose the path of the doxxed. In fact, some of the more recognizable characters in the NFT space aren’t veiling behind an avatar or PFP at all, they’re openly transparent, trusted, and have become genuine pillars of the communities they represent.

Case in point: Godcloud. By voice alone, Godcloud is easy to recognize as a brazenly charismatic, hilarious and welcomed addition to any Twitter Space. Those who follow the Rochester-based creator are well aware they won’t be starved for their weekly serve of musically diverse content, outlandish memes and their fair share of storytelling and wisdom.

Now, even though the majority of the NFT sphere still has no idea what Godcloud’s real name is (including me), through hosting our weekly Web3 Music Show on Twitter Spaces, I have come to surmise that Godcloud may not just be the first, and best, finger-drummer on the Blockchain, but perhaps the most interesting man of all Web3. Anyone who's been in Twitter Spaces longer than a week knows there's no shortage of people over-sharing eccentric and unusual tales about their lives. But damn, Godcloud legitimately has the photo and video proof to many of his adventures, and they’re all as astonishing as they seem. Let’s dive in. 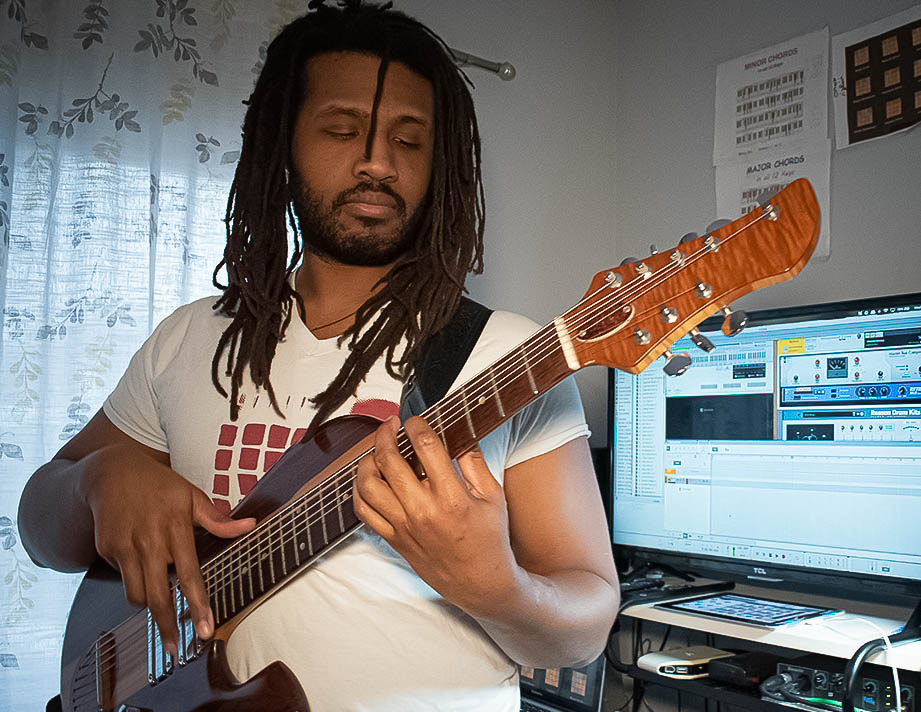 THE ACE OF BASS

Legitimate question: How does a finger-drummer acquire the muscle memory required to move his phalanges with such speed and precision? Well, in Godcloud’s case, it was indirectly manifested from mastering the bass guitar. As a professional bass player and guitarist myself, I’ve found that anyone with half a cup of musical talent can be kind of good at bass. But very few properly take the time to be an actual bass player. Slapping, tapping, plucking, picking, thumping and double-thumbing are all bass-centric verbs you only master through hours of practice, and it's undeniable, Godcloud's got ‘em all down.

Godcloud performing to a sold out crowd

Crafting theatrical storylines with awe-inspiring aerobatics isn’t easy, and I think it’s safe to say that pro wrestling is an art form the majority of us will only ever experience through TV or YouTube. Very few will ever learn what it's like to display such a level of physicality under the pressure of international lights, but of course, Godcloud has. Starting in 2014, Godcloud refined his athleticism over a three-year career as a recurring fighter in upstate New York’s Pro Wrestling League. So, next time you’re tossing up whether to mint one of Godcloud’s Music NFTs, just remember - he has the ability to choke-slam you with finesse, and without notice.

Godcloud back in his wrestling days

Inspired throughout his earlier years by his mother and grandmother’s cooking, Godcloud always felt an intuitive calling to replicate the food he ate growing up. Temporarily casting that thought aside as he went and accomplished everything else, eventually he took up the grill again, cooking for his younger cousins on weekends. This subtle action led to a five-year career as a professional chef, cooking within some of the most esteemed restaurants in Rochester. Hearing Godcloud speak about food is eerily similar to how he speaks of music. To him, it’s as much of an art form as anything else.

A cuisine cooked by Godcloud

Although Godcloud is currently taking a break from professional cuisine, cooking as a head chef, and sous chef has undoubtedly played a major role in shaping his creative expression. Who knows, perhaps we may just see an NFT cookbook in the future?

What do you get when you tie a professional finger-drummer, bassist, wrestler, family-man and chef into one neat bow? A metalhead, obviously. Having performed with numerous rock and roll outfits throughout upstate New York, Godcloud has become an encyclopedia of knowledge surrounding the most technical and obscure bands and artists. Don’t believe me? Go ahead, just ask him about his favorite eight string guitarists, or his top five unforgiving breakdowns. Godcloud is indeed one of those rare humans who explores life to the fullest, if there was a Web3 award for most interesting creator in the space, he'd be up there as one of the most deserving.

In saying that, there’s something to be said for why such a multi-faceted, accomplished creator would continuously wade the ever growing tides of Web3. Blockchain technology is expanding the canvas, and vastly shifting the pre-existing limits of branding, genre and especially the perception of gatekeeping to which we've become so accustomed in Web2.

As the potential application of NFTs become more widely appreciated, I believe we will inevitably see an influx of versatile creators, like Godcloud, flock to the Blockchain through a fusion of artistic mediums.

To learn more about Godcloud, visit his Twitter profile here.

Meet Louie C Rhymes. One of the most active hip hop artists in web3.